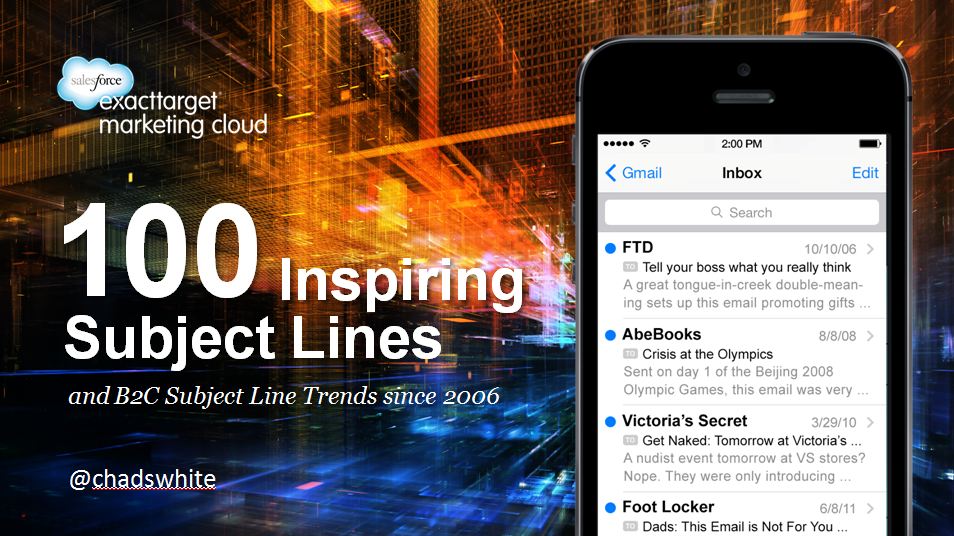 Newsjacking -- the practice of leveraging the popularity of a news story, event, or cultural phenomena to promote yourself or your company -- is one of many ways to boost the relevance of your emails. Our 100 Inspiring Subject Lines includes some great examples of newsjacking in action: 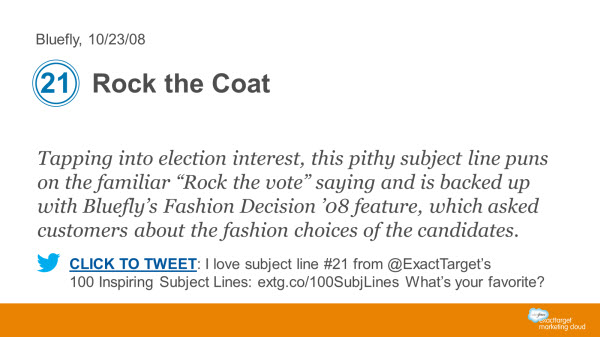 The great thing about this example from Bluefly is that the newsjacking goes deeper than this subject line-and even the email. Their Fashion Decision '08 content created an ongoing conversation around fashion and the candidates and piggybacks on the excitement of the elections.

Hosting an Olympics is a huge undertaking and it never seems to be without high anxiety-as was certainly the case this year. AbeBooks was able to smartly tap into that anxiety with this subject line, which looked a lot like a news alert. The content of the email was then able to shift the focus from present anxiety to books about past anxiety around the Olympic Games. 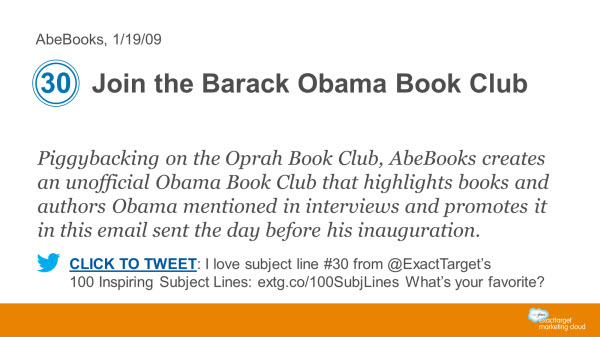 This subject line is actually a case of a double-newsjacking! On the one hand, it leverages the incredible popularity of the Oprah's Book Club. And on the other, it taps into the historic inauguration of President Barack Obama, which happened the day after this email was sent. It was also very topical given how much was made of the reading habits of Obama and other presidential candidates like Sarah Palin. 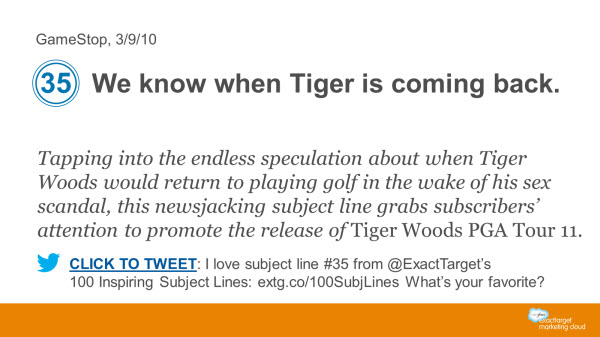 This subject line played off the intense interest surrounding Tiger Woods' sex scandal and the intense speculation around when he would return to the game of golf after going on hiatus to try to make amends. Unlike the other examples above, this subject lines uses newsjacking for a bait-and-switch joke, where the upcoming video game release is the punch line. 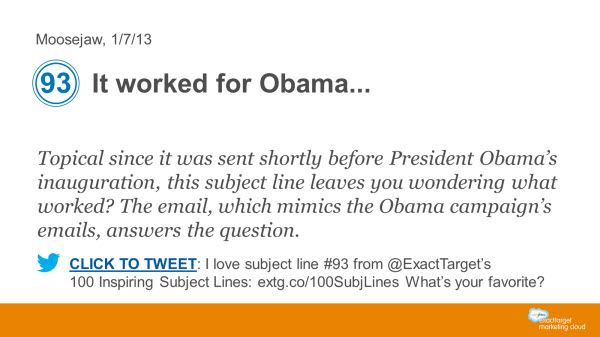 Within the email marketing community, there was a lot of talk about the tremendous success that the Obama campaign had with email. The campaign's email manager even hit the speaking circuit to talk about their tactics. This Moosejaw email was self-admittedly inspired by that. The teaser subject line actually refers to the design of their email, which is text-heavy and uses yellow highlights, just like the Obama campaign found success with.

I hope these examples inspire you to look for your own newsjacking opportunities, and that 100 Inspiring Subject Lines gives many other ideas for effective subject lines.