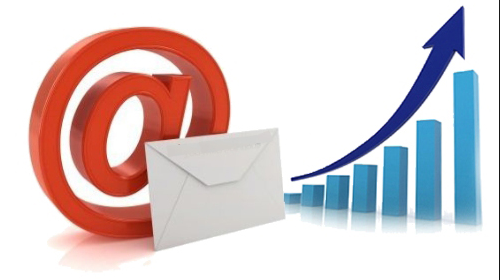 When you think of Chris Jenner, you probably picture the guru of social media, right? Perhaps it's time you become acquainted with 'the other' Chris Jenner. Like the head of the Kardashian clan, this Chris Jenner knows a thing or two about digital marketing strategy-especially when it comes to email.

As the VP of email marketing at Caesars Entertainment, Chris has found a way to increase his average email open rate by 24%, and his average email click through rate by 46%. His secret? In Vegas speak: He greatly improved his odds by betting big on subject lines generated through machine learning.

Since its beginning in more than 77 years ago, Caesars has grown through development of new resorts, expansions and acquisitions, and now operates casinos on three continents. The company's resorts operate primarily under the Harrah'sÃÂ®, CaesarsÃÂ® and HorseshoeÃÂ® brand names.

In recent times, much has changed for Caesars and its competitors. While gaming is still the heart and soul of the industry, casinos are no longer the only reason to visit places like Las Vegas. Attractions such as music acts, celebrity restaurants, and family-friendly entertainment have greatly broadened appeal.

Email marketing serves a critical role in helping Caesars get its share of action from tourists of all kinds. According to Chris, who has been with Caesars for five years, the company's early efforts were basically "direct mail pieces disguised as emails." Under Chris' leadership, the company began using Marketing Cloud, and the email strategy transformed to include data-driven customer experiences, email personalization, and content relevancy.

"We were doing a lot of triggered email sends and personalization, and saw our results steadily climb," says Chris. "We were and still are targeting many different audiences such as gamers, non-gamers, loyalty members, etc. Each receives different messages based on their interests and where they are in the lifecycle."

But then Caesar's email metrics plateaued.

"We were achieving open rates on par with industry averages, but knew we could do even better. It was a matter of figuring out how," Chris explains.

While exploring Marketing Cloud partner solutions to help improve his email results, Chris was introduced to Persado (available on HubExchange). He became intrigued with how the company applies machine learning to optimize emails by systematically evaluating content elements.

Though an admitted skeptic, Chris met with Lawrence Whittle, Persado's chief revenue officer, and learned they had engineered a way to generate the maximum set of message permutations, test a representative sample, and determine the best message for driving action.

As Lawrence recalls, "I explained how we use math and science to understand what motivates a customer to action. Every email is made up of dimensions like descriptions, emotional copy, functional copy and imagery, and can include thousands of permutations of each. It's beyond impractical for humans to test variations of each to find the optimum mix. That's where machine learning and recommendations come in."

Liking what he heard-but still not convinced-Chris agreed to a subject line test. He would put his best effort against machine-produced recommendations from Persado.

"I was certain we'd crush them, but I was wrong," Chris admits. "We produced a 19% open rate, but Persado came in with a 30% open rate. I became a believer."

As Chris began to apply Persado to his emails, it became clear that the more he used the solution, the smarter it became. It helped to reveal buried insights, which could only surface through use and testing. Along the way, he continued to hone his message for each of his numerous audience segments.

"In addition to improved email open rates, our click through rates grew as well. That's because as soon we identified the right emotional language to use for each audience, recipients began to recognize our content as valuable. It's only natural that higher lift rates would follow," says Chris.

Today, his average open rate is 24% higher than before, and Caesars has seen a click rate lift averaging 46% higher than previous efforts.

While Caesars has limited their testing to email subject lines, it's worth noting that Persado can apply the same methodology to other digital channels like digital advertising, mobile messaging, and search engine optimization. If their results come close to what Caesars has experienced, those are certainly opportunities to consider.

Interested in learning more? Check out this webinar, where Chris and Lawrence provide the full story behind Caesars' email success. Don't miss it-it's as close as a sure thing gets.

Challenge and Opportunity: Data Privacy 101 for SMBs
By Noah Kravitz