“Snapchat is for high schoolers.”

“I don’t get the point of Snapchat.”

“It’s a fad; it doesn’t have the staying power of other channels.”

All these and more are reasons — nay, excuses — I’ve heard marketers give for why they don’t have a Snapchat strategy.

I hear you. Snapchat, with its disappearing content and Vine-like video storytelling, seems like a network designed for youngsters with too much time on their hands. But times have changed, and it’s time to wise up. No Snapchat strategy is no longer a strategy.

Here’s why I think Snapchat is the #1 social channel you need to consider testing this year.

More than 150 million people use Snapchat every day now, compared to around 140 million using Twitter daily. So while many have been brushing Snapchat aside as kids’ stuff, Snapchat has been busy accumulating more users than one of the world’s foremost social networks.

Twitter defined the category of real-time social media. Many marketers, news outlets, customer service teams, and more have had great success with Twitter, and I’m sure they’ll continue to do so. No one is suggesting you abandon Twitter for Snapchat. But if you have a mobile-loving audience and the ability to test a new storytelling format, I highly suggest you give Snapchat a spin.

2. People of all ages use Snapchat.

Back when Snapchat had 100 million users, the network claimed that of the 100 million:

Based on these numbers, the assumption that Snapchat is only for teenage smartphone users is false. The network is growing more popular with older users all the time. I can’t wait to see what these numbers will show when Snapchat releases updated counts of users by age.

3. But millennials, especially, do love their Snapchat.

If you’re targeting millennials, ignoring their love of Snapchat is folly. On a given day, Snapchat reaches 41% of all 18 to 34 year-olds in the United States. And overall, about 60% of America’s 18 to 34-year-old smartphone users are on Snapchat. 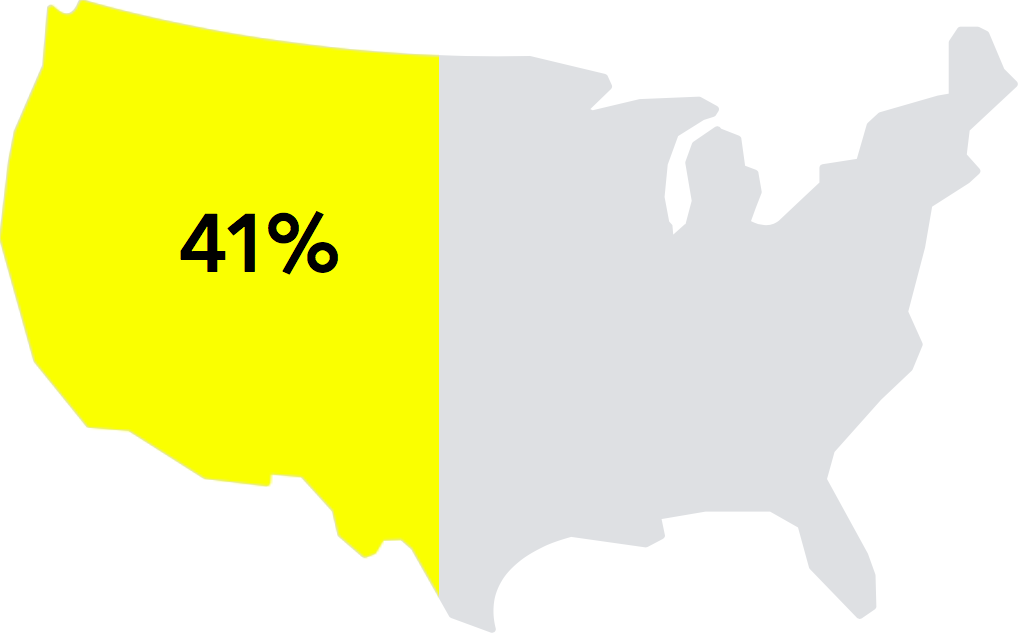 Snapchat has incredible marketshare with the millennial buyer. If people in this group are in your target audience, you can bet that the amount of time they spend on Snapchat will only be going up in the months ahead, not down. This will be especially true as we head into the all-important holiday season — which I think will be the first real Snapchat Christmas, from both a customer experience and a marketing standpoint.

3. Snapchat gives you full-screen real estate on the almighty smartphone.

Check out this example from Snapchat’s ads page with an ad promoting the Netflix show Love:

As the example shows, Snapchat gives you what few other platforms can: full-screen smartphone real estate to reach your customers in a big, visual way.

Vertical video may make the cinematographer in you cringe. But that’s how millions of users are viewing videos on Snapchat nowadays. Even National Geographic is now shooting videos for vertical screens, as well as horizontal.

4. Snapchat ads are clever and creative.

Beyond the standard video ads, Snapchat offers sponsored geofilters and lenses. What’s the difference? Here’s your cheat sheet with details from Snapchat:

Example of a Sponsored Geofilter: Our events team at Salesforce created this geofilter for a Salesforce World Tour event in Boston. Only those in that location could access it. Note the custom hashtag, logo, and city designation that appeared on the snaps of all users who included the geofilter in their World Tour snaps.

Example of a Sponsored Lens: Taco Bell promoted this fun lens that transforms users’ faces into one of their favorite foods: the taco. It animates along with users’ movements, so whenever the user moves, the new taco-face moves along, too, heightening the goofy realism. 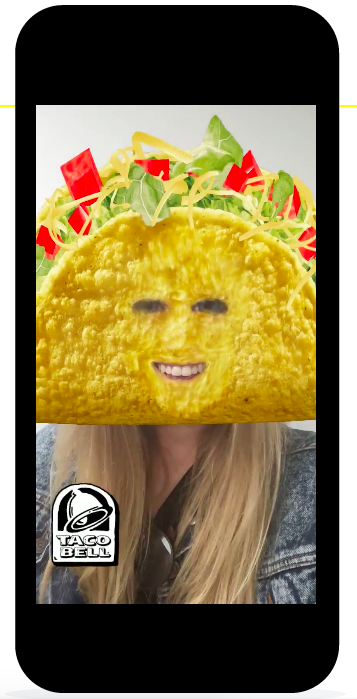 5. Users watch as many videos on Snapchat as they do on Facebook.

Snapchat gets more than 8 billion video views a day, which is probably around what Facebook is currently getting. (Facebook hasn’t updated us on total video views since last November, when it confirmed a total of seven million.)

Considering how much newer Snapchat is and its comparatively smaller user base, that’s significant. Snapchat videos are all ten seconds or less. Imagine a five-second video performing well on YouTube. Pretty unlikely, right? But on Snapchat, less is more. That makes it easier to brainstorm ideas for Snapchat content, too; you can keep the message short and sweet.

Snapchat may be for video, but much like YouTube in its early days and Vine, users are accustomed to low-budget and personal videos. In fact, many Snapchatters actually prefer those kinds of videos over high-production-value clips because they feel more authentic.

So don’t sweat it if you don’t have a Hollywood-size video budget — you can still snap with the best of them. Think visual diary, not blockbuster motion picture.

7. You can experiment without making it permanent.

While I wouldn’t advocate for publishing content on Snapchat for your brand without any strategic rhyme or reason, you can begin to publish content with the assurance that it won’t last forever. The messages will disappear soon enough and you can create new, better content based on what you’ve learned is most engaging.

If these seven reasons have convinced you that Snapchat should be a social priority for you, here are my recommendations for getting started:

I’d love to hear what Snapchat accounts you enjoy, plus your plans for the future. Send me a tweet: @youngheike.