What's The Deal With Lookalike And Similar Audiences?

Today, digital advertising makes it easier than ever to gain new customers and prospects using the data you have about your current, high-value customers stored in CRM systems like Salesforce. How? Platforms like Facebook and Google can take a list of your current customers and use that list as a seed audience to find more people who look or behave similarly to those customers. You can then target those new users, confident that they will be receptive to your customer acquisition advertising.

Facebook, Google, and Twitter all allow you to use your own CRM data, to create audiences to target across these channels to acquire new customers that look like your brand's current high-value customers. 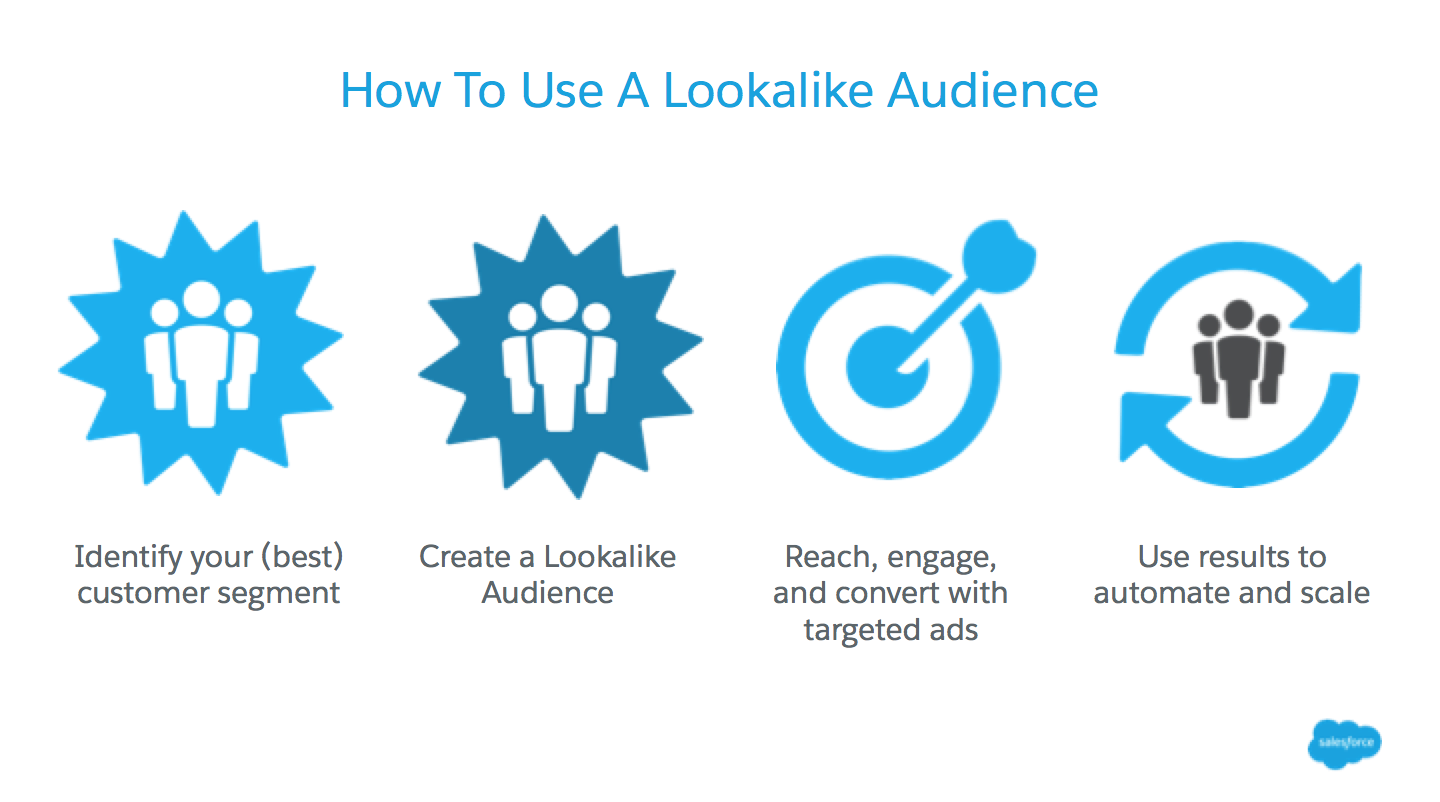 For example, Scotch & Soda, a European retailer brand and customer of Salesforce Marketing Cloud, used its own CRM data in Salesforce to build Lookalike Audiences in order to acquire new customers that share similar attributes to their existing customers, resulting in increased sales. The brand targeted Facebook ads to the top 1% most similar people to their existing email subscribers. As a result, the fashion brand reached a 3.95 Euro cost per purchase and achieved a 9x return on ad spend. 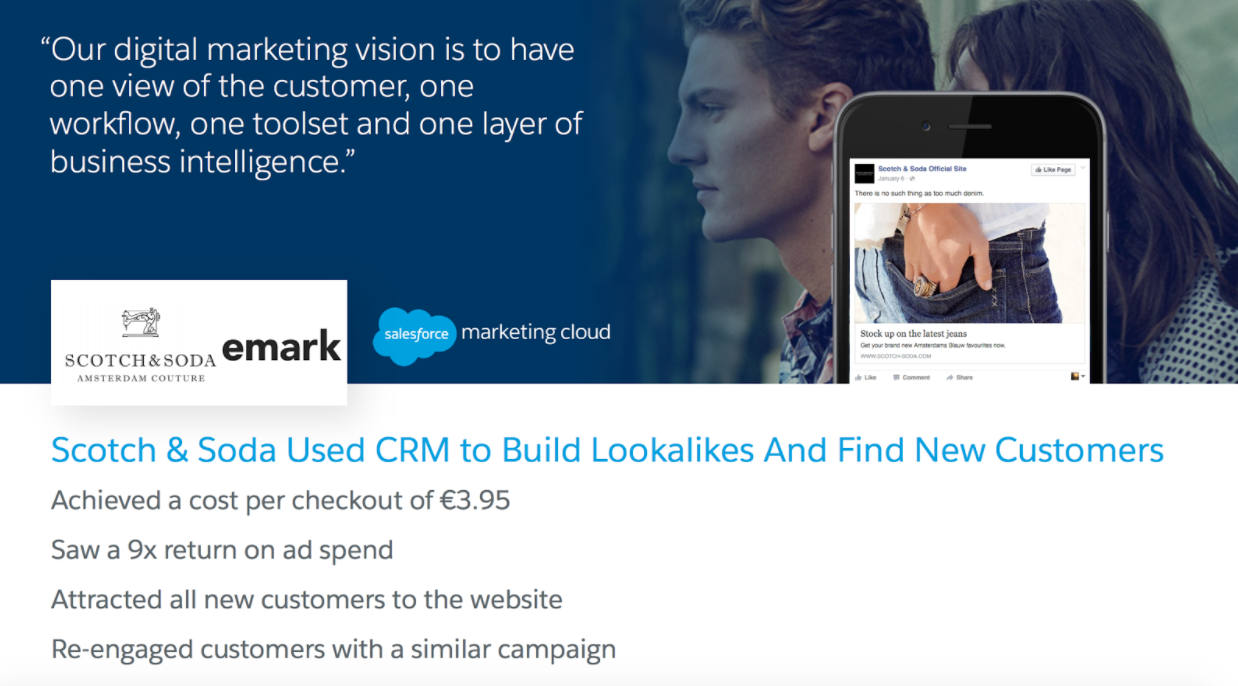 Google Similar Audiences work very similarly to Facebook Lookalike Audiences. Google allows brands to target ads at current customers (for example to re-engage) with Google Customer Match but also potential new customers who look similar to an existing group of existing customers with a Similar Audience. Similar Audiences based on CRM data are available in Google YouTube and Gmail advertising today. Brands can use data about their current audience to reach new audiences, by targeting similar characteristics/behaviors of their most valuable customers such as what videos they've watched or their email behavior.

Life Style Sports, Ireland's largest sports retailer, used Customer Match in a Gmail campaign for Black Friday in 2015 to both re-engage existing customers and reach potential customers with similar traits. Using Customer Match, Life Style Sports reached out to customers who had made purchases the previous year during the Christmas period and in addition took advantage of similar audiences to expand their reach to potential new customers. As a result, the brand's Black Friday Gmail campaign achieved a cost-of-sale 75% below their target, with 40% of purchases coming from new customers.

However, it's not just about finding more customers that look like your "best" customers. Brands can create similar audiences based off any customer segment, like Life Style Sports did in the above campaign targeting Christmas season shoppers. If they wanted to acquire new customers in the Spring, they have the option to target customers who purchased gear last year during the Spring.

Facebook and Google combine to be over half of all digital advertising, but this idea of expanding your reach with people who act like your customers also works on other platforms too -- for example, Twitter Tailored Audiences also support lookalikes. Experiment with what you can do to help your brand expand its audience pool and reach new people for your brand.

To learn more about the power of Lookalike Audiences, check out how retail brand, Scotch & Soda, used Lookalikes to gain all new customers!