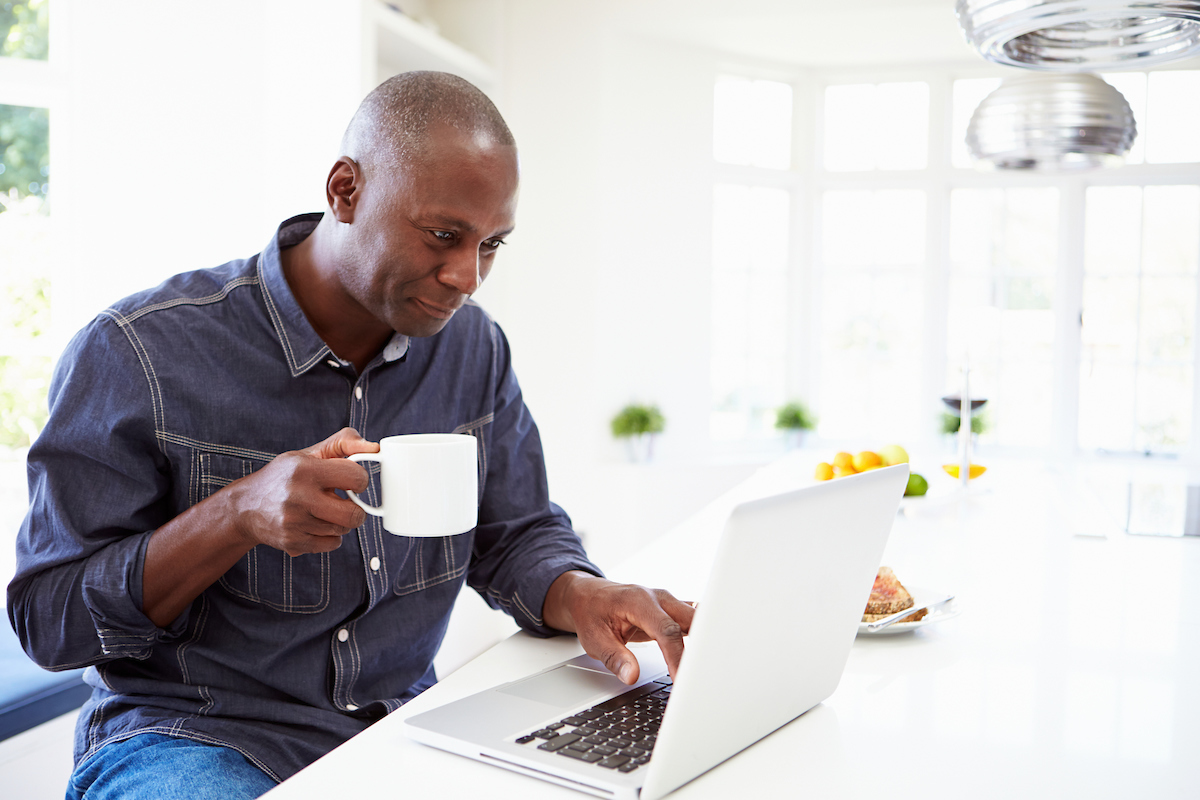 This week, we start with some macro trends on advertising by country in 2016, as well as B2B programmatic advertising and retail trends.

Advertising is a massive business -- and the newest IHS Markit forecast shows just how big. Looking back at 2016, they saw a 7% growth, to $532 billion in global advertising spend. The top ten advertising markets accounted for three quarters (76%) of the total spend. Overall, advertising was 0.69% of all global GDP, in line with previous years; in 2015 it was 0.66%.

These markets don't allocate their advertising budgets the same -- there are large differences by market. Globally according to IHS, a higher percentage (36%) of advertising spend is on TV than digital (30%), and that is also true in the United States (38% versus 36%). However, in Germany, print is actually still the largest channel (34%) followed by digital (32%) and TV third (25%). The trend is completely reversed in the UK; fully 49% of all advertising is digital and TV has 28%. 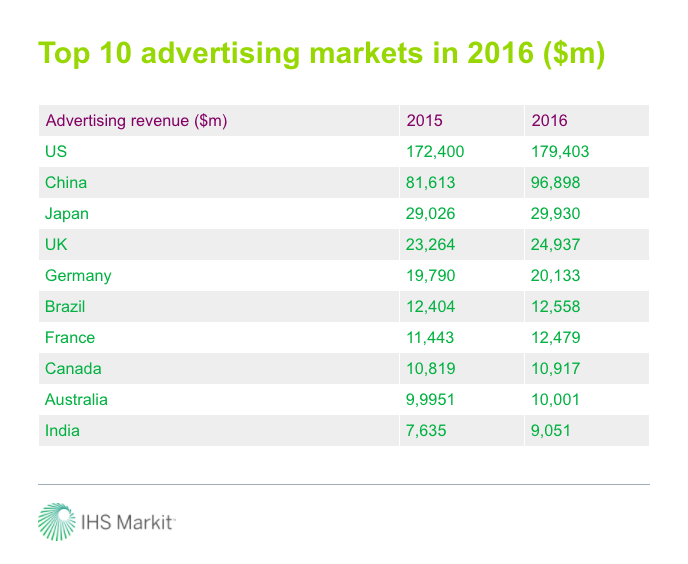 Retail advertisers have very different challenges than B2B, and First Data examined the year-over-year growth of retail versus ecommerce spend for holiday shopping. In short, buying behavior is shifting towards ecommerce. In 2015, ecommerce accounted for 15% of all retail transactions during the holidays. Just one year later, that number reached 21% -- a 38% increase in just one year. Advertisers need to pay attention to this trend and shift their advertising calls to action and campaigns to match consumer behavior. 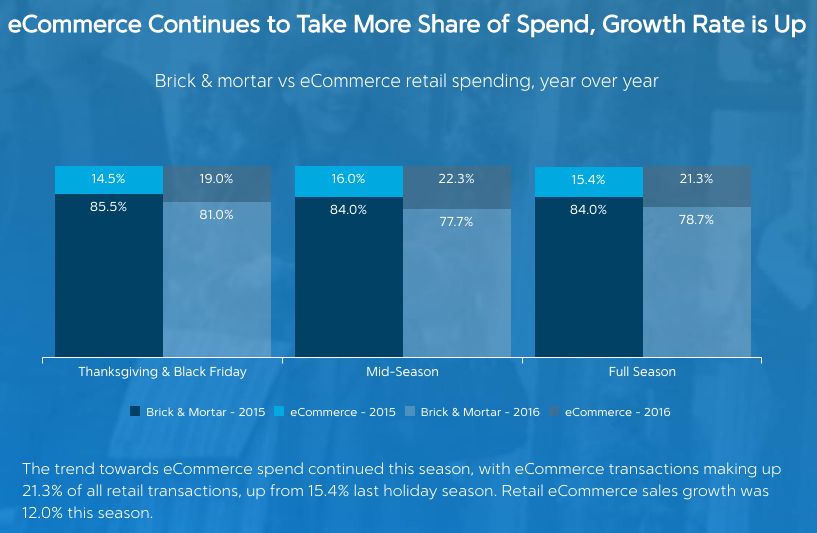 For more information on key advertising trends, check out our Future of Advertising e-book.