This week we shine a spotlight on Facebook's Q4 earnings, AdWord's contribution to revenue, and the usage of Facebook and Twitter in a week.

Facebook had yet another great quarter. Many people know about the expansive user base the brand has across its many platforms (Facebook, Instagram, Messenger, Whatsapp, and the Facebook Audience Network all have massive numbers of users). Of course Facebook also has seen much success in advertising. As of Q4 2016, Facebook had an average revenue per user of about $20 in the U.S. and Canada, $4,556M total in the region. Europe reached an average $6 per user, $2,065 in all. Finally worldwide the platform saw an average per user ad revenue of $5, $8,809 total. Advertisers around the world have recognized the value in targeting users with ads in the platforms where they are spending time on a daily basis. 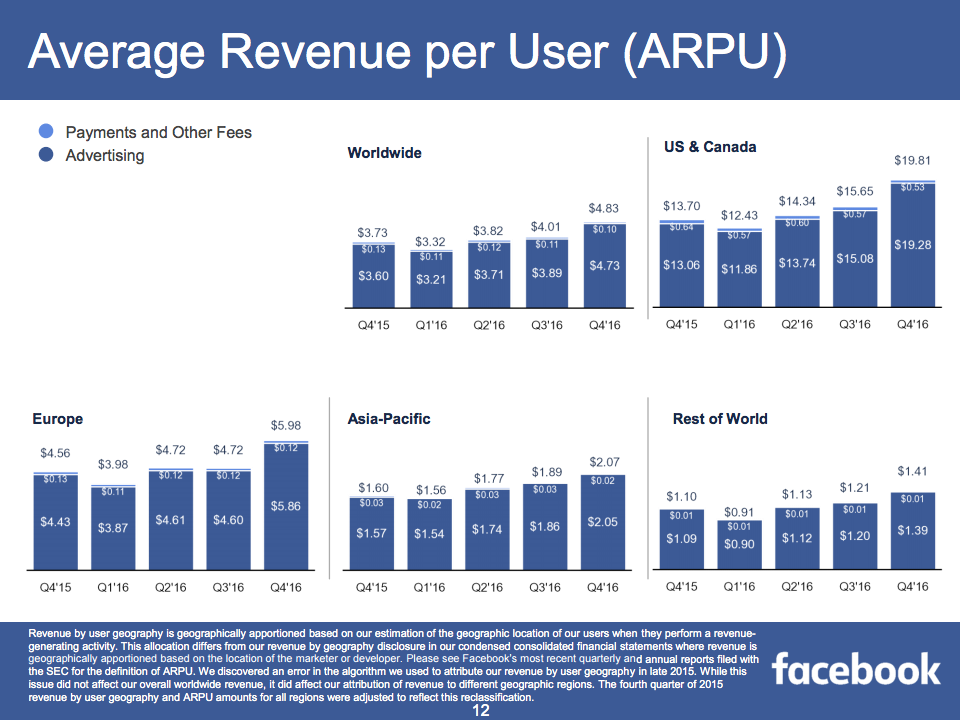 We know many users around the globe are accessing Facebook, as well as Twitter, on a daily basis. However, do you know when are users most often doing so? Knowing such information is definitely helpful to know in creating any advertising strategy. According to Nielsen, 61% of Facebook and 45% of Twitter activity occurs on the weekends. Given the data, an advertiser may choose to schedule the most crucial stage of an ad campaign to begin on a Sunday and following into the week rather than starting on a Monday. An automotive industry may decide to launch a test drive offer on a Saturday and Sunday when customers are more likely to see the offer and immediately act on it, rather than during the middle of a work week. Whatever the customer journey, stage of that journey, and the type of customer you're trying to reach, use this information to tailor your advertising today!

According to the Bizible AdWords Industry Benchmark Report, a great deal of all leads can be credited to Google AdWords. The Financial Services industry for example attributes 35% of all revenue created by Google search ads. Also worth mentioning, the travel industry at 30% and business services at 25%. Many industries also see great success in attaining revenue using Google AdWords, as well. Knowing that B2B revenue comes from leads and a vast number of leads come from Google, if may be time to become a Google AdWords fan, if not already! 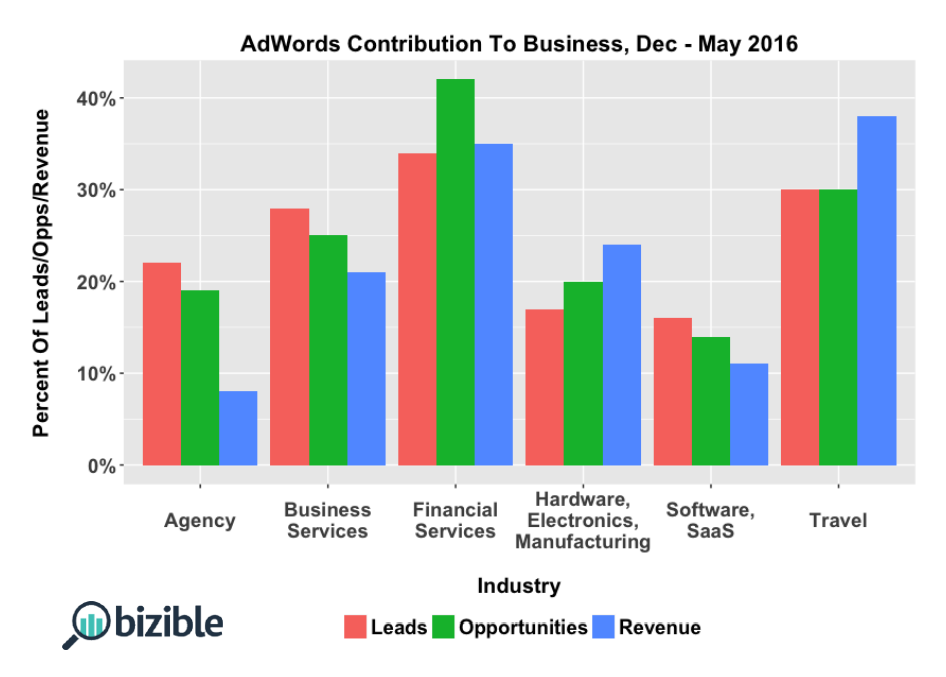 To make 2017 your best year in advertising yet, check out The Future of Advertising!