Citizen Development: The Next Frontier for IT Innovation

in IT, Research, Low Code Once upon a time, IT teams were content to release a single app for various stakeholders — employees, customers, etc. — and let it live as-is without any updates for two or three years. But now, those same stakeholders expect updates every few weeks — or even in a matter of days. Put simply, the days of static technology are over, and IT has a lot of development work on its plate just to keep up with standards, let alone differentiate from the competition.

But according to Salesforce’s second annual “State of IT” report, only 45% of IT leaders can design/prototype an app per business requirements in under a month (and only 47% can deploy an app within the same timeframe). Frankly, that’s not quite up to par with customer expectations. While such timelines may have been lofty goals a few years ago, they increasingly represent targets for IT teams to hit in order to meet customers’ constantly evolving expectations — and the business’ ability to deliver on them.

If there was a way to free up more of your IT team’s time and innovate faster, would you?

Of course you would. That’s why more and more IT leaders are exploring citizen development (i.e., empowering business users to create apps using IT-sanctioned development environments) and low-code platforms as a means of turning up the dial on their teams’  productivity and accelerating their pace of development.

The “State of IT” report notes that citizen development provides a number of benefits to IT teams, including:

Citizen development frees up scarce IT staff to focus on the more innovative projects their technical expertise is best suited for. Right now, IT carries the burden of those day-to-day tasks, devoting 54% of their time to things like maintaining legacy infrastructure that requires substantial upkeep. IT executives realize they can free up more of their time and innovate faster if they:

Citizen Development Comes with Concerns
While 88% of IT leaders currently use or plan to use low-code development in the next 12–18 months, they’re still worried about the repercussions in terms of IT governance and adequate training programs for business users and other non-developers — and they have fair reasons. Only 24% strongly agree they have IT governance processes in place for non-developers to build apps, and 29% strongly agree they have adequate training programs in place. 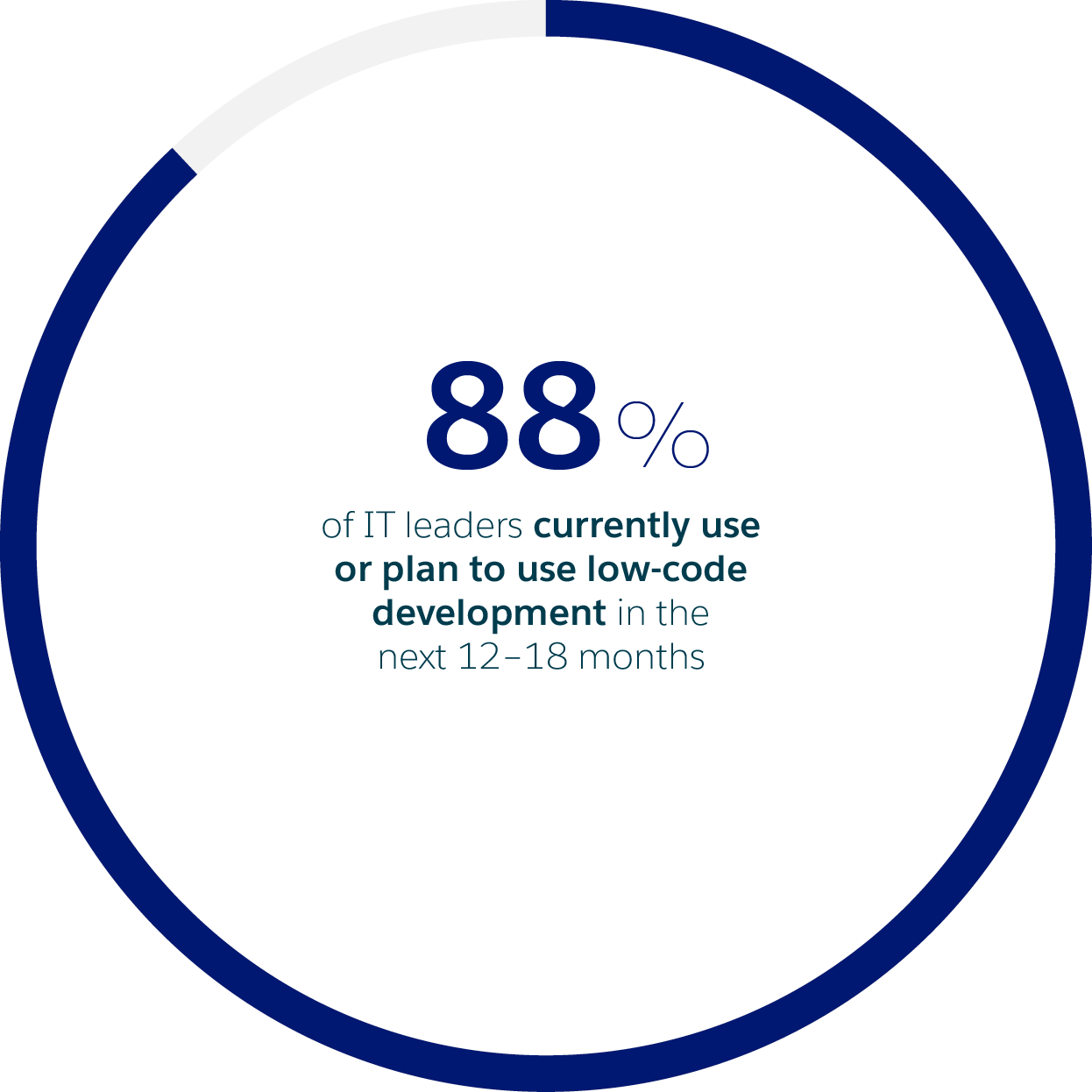 Yet, citizen development continues to grow, as 74% of IT leaders plan to increasingly shift some application-building responsibilities to business users over the next 12–18 months. It’s critical that the mandates, as well as the limits, of business users’ involvement be well-defined and documented to ensure successful democratization of low-code development. 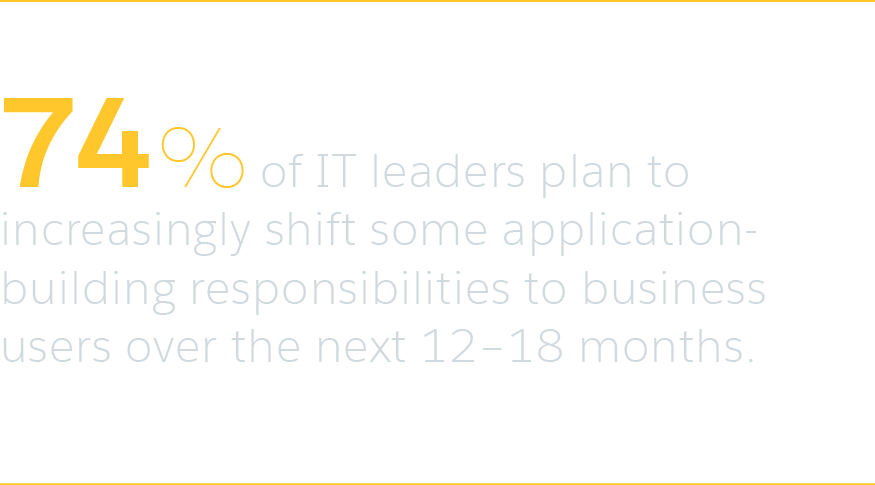 Low-code platforms like Salesforce make it easier than ever to offload development to users throughout the business using templates and point-and-click tools to build beautiful, fully functional apps that adhere to company security standards with minimal IT involvement. By making it easier for business users to share responsibility for app design and production, IT can successfully win back time, increase innovation, and find new ways to add value to key areas of the business.

Learn more about the challenges facing IT, while getting new tech insights and research by downloading Salesforce’s second annual “State of IT” report.

How To Turn 15 Developers Into 100
By Nick Johnson

From Salsa Teacher to Developer: This is Why Citizen Development is so Powerful
By Devon McGinnis

Why Low Code Matters Now: Advice from a CIO
By Nick Johnson

Empowering Everyone to Be a Developer: Trends in Low Code, No Code, and Education
By Sarah Franklin

The Power of Low Code App Development
By Aygun Suleymanova