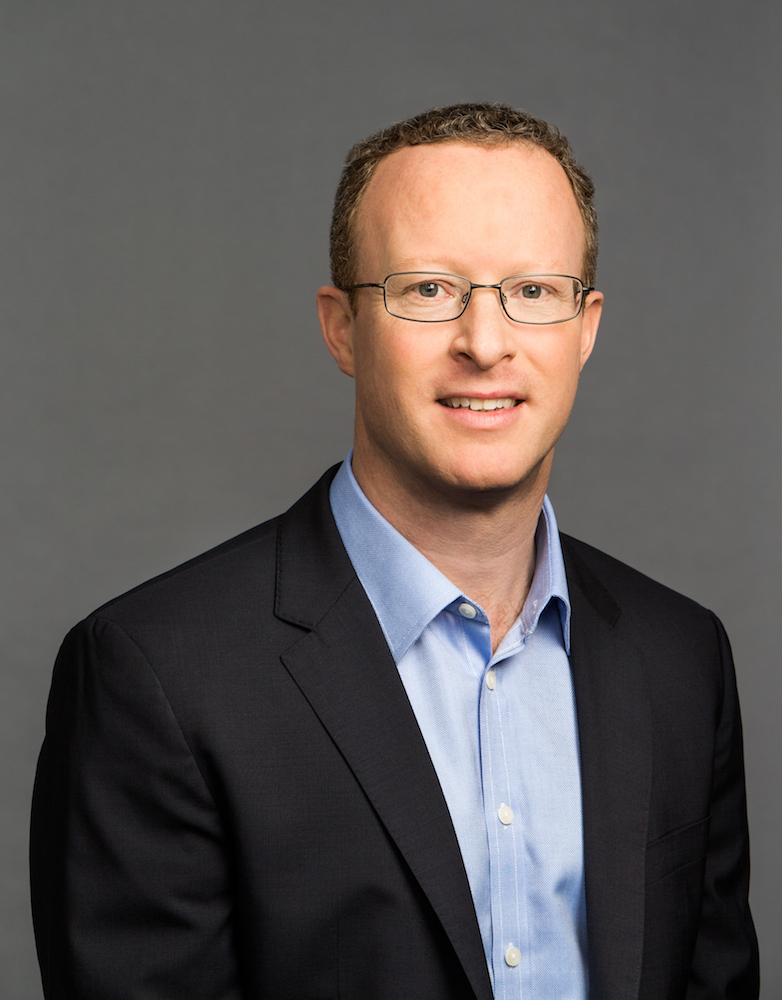 You may know him as the leader of Salesforce's ultra-creative Corporate Marketing team, or as the man who explained our adventurous new “Blaze Your Trail” ad campaign. Everyone has been buzzing about Simon Mulcahy, Salesforce's new Chief Marketing Officer, since he stepped into the role this past year.

Born in England, Simon spent most of his childhood in the Middle East. After pursuing higher education, and a 5 year stint in the military, his career eventually took him to Perot Systems, where he was was a big deal salesman, and then to the World Economic Forum (WEF). At the WEF, he worked with tech CEOs including Marc Benioff, who eventually persuaded Simon to bring his talents to Salesforce. Since joining the Ohana, Simon has had a rather varied set of roles across the company. He chaired Salesforce CIO Councils and advisory boards, was the founder of Salesforce Ignite, and led the Financial Services industry team, launching the Financial Services Cloud.

Throughout his diverse career, Simon has been incredibly adaptable and has developed an uncanny knack for innovation. He has years worth of advice to give, so here are Simon’s five tips for blazing the trail to leadership development and becoming the professional you’ve always wanted to be.

My career has included a wide assortment of odd jobs, from door-to-door sales to horse grooming to being an interpreter with the European Union. I’ve held many roles and have received promotions simply because I’ve always been open to change and have always said “yes” to opportunities. Nothing is ever final. If you’re not happy with where you are in your career, you can pivot. That doesn’t have to mean leaving the organization — it could just mean finding a different role that’s a better fit. In my eyes, not liking what you do is the same as being bad at it. So make sure you find a place where you can flourish.

A major key to success, especially at a large organization like Salesforce, is the ability to think big. Don’t just fixate on the Org Chart, and don’t just focus on your own job and team. Learn to zoom out and see the bigger picture. Figure out the job that needs to get done for the betterment of the entire Salesforce ecosystem, and then do it.

The first time I came to Salesforce as a guest speaker from the World Economic Forum, I asked Marc to be my mentor. At that point, I had already asked about 40 people from various points in my career the same question, and the majority of them said yes. You can never have too many mentors. Employees are wary of asking for mentorship, but most people will be honored and will almost certainly say yes. Find someone you trust, but who will be honest with you — there is no point in a mentor who simply affirms everything you’re already doing. If you don’t have a mentor yet, start thinking about who in your life could be a good one. And then ask them! You won’t regret it.

4. Recruit for character, train for skill

Ross Perot shared words of wisdom with me that were so influential, they convinced me to accept my job at Perot Systems. Those words were: “recruit for character, train for skill.” Baseline intelligence and a willingness to learn should be present in any candidate, but technical skills can be taught. Good character cannot, and should therefore be the most important consideration during recruitment.

This was the motto at Sandhurst, the British Military Academy, where I was trained to be an army officer, and it’s been with me ever since. Management is all about execution, delegation and getting the job done. It's about putting a fire under people. However, you can only get so far in your career by 'doing your job' well. Managers have to learn to be leaders, which is much more about putting a fire in people. An effective leader prioritizes the company and their team before themselves. This means having a vision, communicating it, and making sure everyone is both aligned to it and inspired by it. A leader’s job, first and foremost, is to grow other people, so it’s important to be honest and realistic when giving feedback. If you do your job correctly, members of your team will be more than able to replace you someday.