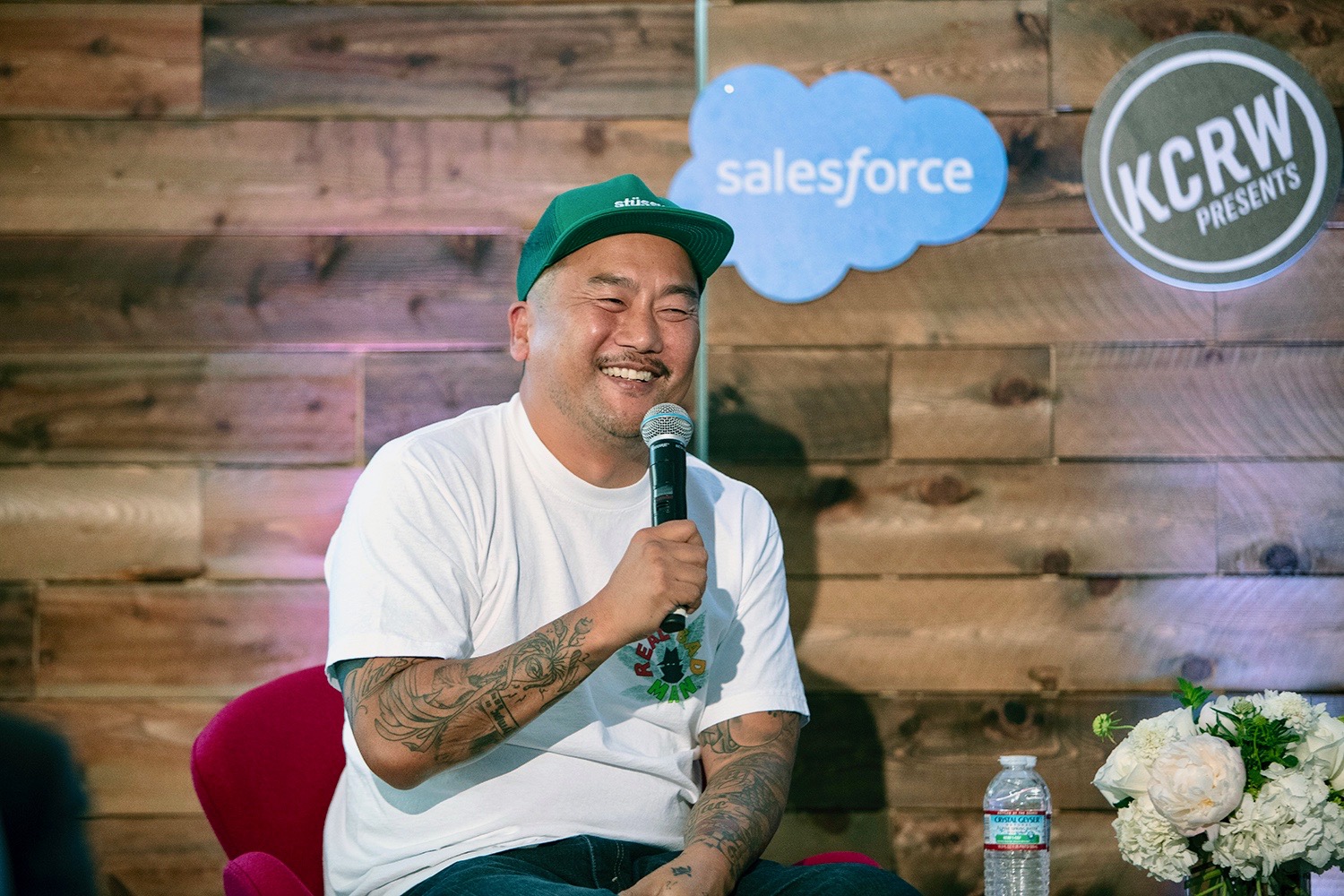 “Even though I was a chef before, the thing that really gave me a second life was all of the neighborhoods, all of the blocks, and all of the streets.”

Donning a green Stüssy cap and white t-shirt, chef Roy Choi stood in front of a packed room on a balmy Los Angeles evening to share how he blazed a new trail in ethnic fusion food by serving it out of a truck. His success, he told them, was due to “people not involved in the culinary world.”

If you’ve spent any time consuming food in Los Angeles, odds are you’ve seen Roy’s food trucks before. They look like normal white trucks, except they’re decorated with a collage of stickers around the bumpers and crowned with a blazing Kogi logo on top. Gaining their initial momentum on Twitter, Kogi serves an inspired blend of Korean BBQ and Mexican tacos, best known for their famous Korean BBQ Short Rib Taco.

What started as an experiment inadvertently started a revolution that transformed food trucks into delicious gourmet options. Today, you’ll find food truck pop-ups all over the country, at corporate events, and even weddings. It was Roy’s instinctive desire to abandon the accepted path to success and make good food accessible to normal people that showed him the power chefs have to create change in their industry.

Food as a Platform for Change

Earlier this month, Roy was the headlining speaker for a MakeChange event that took place on July 12 in Los Angeles, in partnership with Salesforce and the L.A. Food Bank. The event was the first in a series of experiences that celebrate the change agents, cultural icons, and leaders who believe in business as a platform for change. FLOOD Magazine hosted the event at their gallery-like office space to celebrate the release of their eighth issue (featuring Roy), offering a trendy indoor-outdoor space for attendees to take advantage of the unusual weather.

Roy was joined on stage by Evan Kleiman, host of KCRW’s Good Food and known around town as “the fairy Godmother of the L.A. food scene.” Evan and Roy seemed to pick up the conversation right where they had last left off, discussing the latest milestones of Roy’s career and the business of food and its effects on culture. 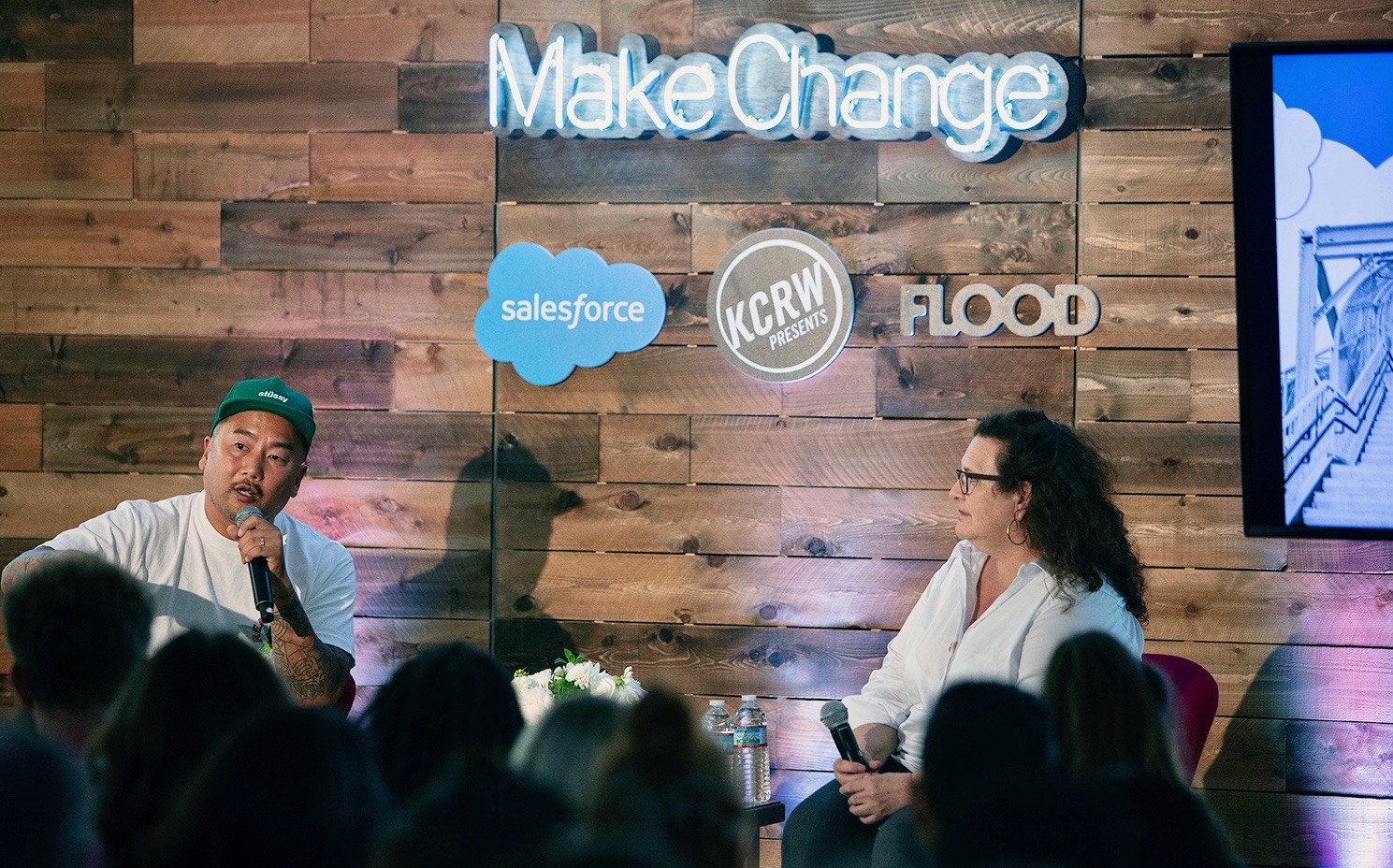 What you can’t overlook about Roy’s story is that he — at one time — was one of those chefs following a mainstream idea of culinary success, surrounded by others who worked for the perks, Michelin stars, and James Beard awards. But something about that didn’t feel right to Roy, and so, in 2013, he stood up and said so.

On stage at MAD Symposium, the world’s most exclusive culinary event, he told a dark room filled with food legends and elite that they’re missing the mark. “It’s strange for me because I walk with my feet planted in many different worlds,” he said referring to his Korean-American upbringing in the low-income Los Angeles neighborhood of Watts. He had seen both sides of the kitchen, so to speak.

“It’s hard to go to all of the ‘Mount Rushmores’ of your field and look them in their eye and tell them they aren’t doing enough,” Roy recalled of how he “dropped some gems” on the audience at MAD. With an equal dose of bravery and trepidation, he turned a mirror on his fellow chefs and asked them to examine why their industry only focused on feeding those who could either influence or afford their way to an eight o’clock reservation. As he saw it, they needed to stop turning a blind eye to areas of the community where lack of food and food insecurity are real problems.

Sometimes, the Path to Success Leads Back Home

By returning to his roots, Roy was able to create his greatest fusion yet: a new-concept restaurant chain, called LocoL. It’s a remix on fast food that offers meals to low-income residents that are both nourishing and affordable. Although LocoL’s fair may look like regular fast food, it’s made with nutrient-rich ingredients like heirloom beans and sprouted grains that pack more bang for your buck, nutritiously speaking.

Starting LocoL led Roy straight back to his hometown of Watts, where he opened one of the first locations (the other in San Jose, California). As he approached this new idea, it was important to get permission from the community. So, for six months, Roy walked the streets, going door to door, and talking to residents — even joining a bridge club to get in with the locals.

“A community like Watts has been lied to so many times over the decades. There’s been so many broken promises,” he said. “I still remember the last day of those six months, when I knew it was right. I heard the words, ‘Welcome to Watts!’ from some really key figures in the community and that’s when I felt like I got the spiritual pass. Everything felt right from there.”

In addition to feeding the community, LocoL hires from the community to provide professional training that its residents may not otherwise get. The goal for LocoL is to bring prosperity, wealth, and a future for the residents of Watts, San Jose, and hopefully others to come. 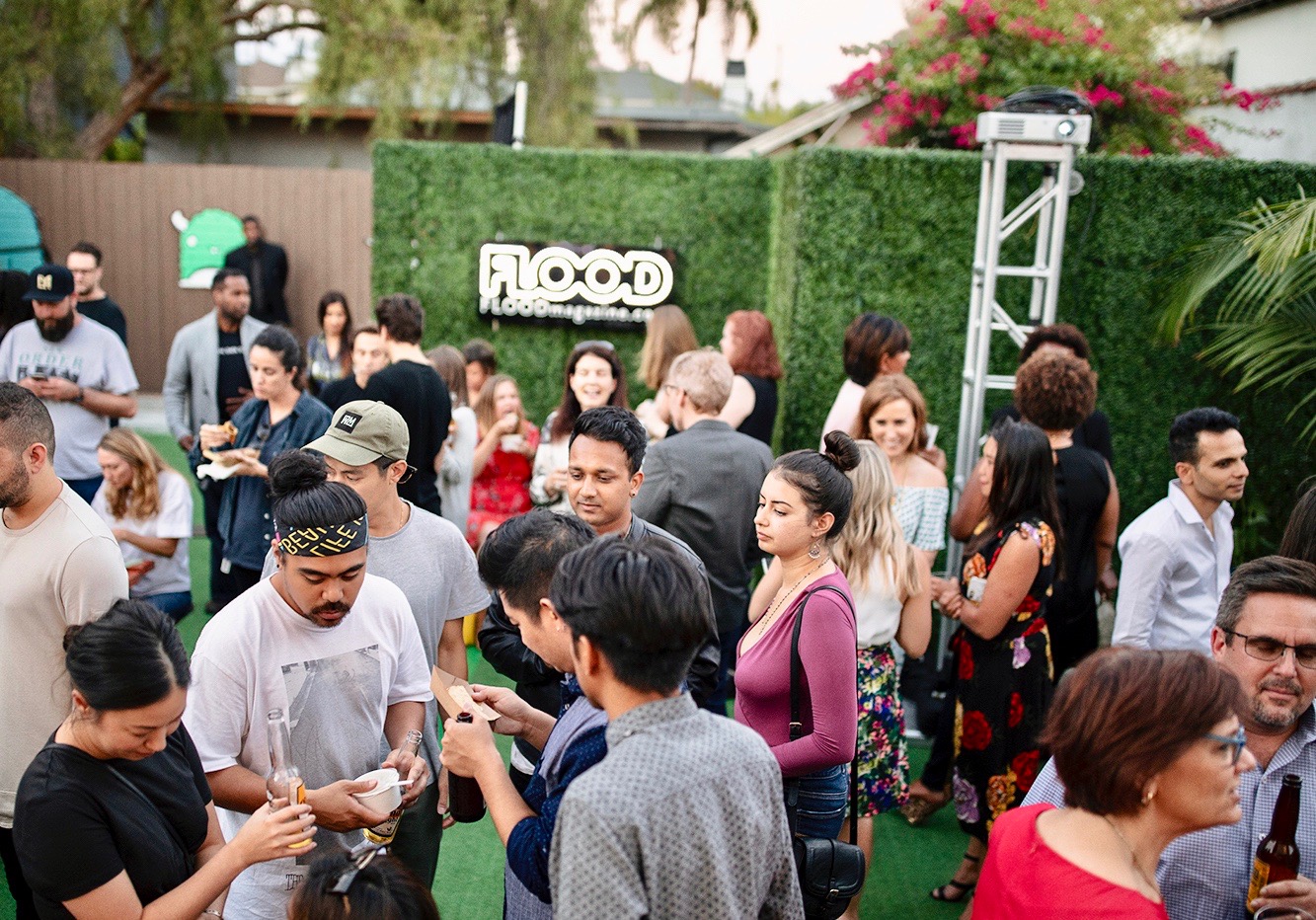 “We have so much power [as chefs] but we don’t realize it,” Roy said. He explained that if chefs chose to focus more of their efforts on the underserved, everyone would have to go along with them. “Or else we’d stop cooking,” he joked. The room laughed, but it was clear that he was just being truthful.

The stakes are high for Roy to figure this out. “I do work a lot," he admitted but said he takes Sundays off to find balance. "I dream a lot. I love my family…I don’t get caught up in any self-judgment that I have to be ‘this thing.’ We’ve got to fart sometimes, right? So I allow myself to ‘spiritually fart.’”

Roy took a few questions from the audience, then wandered outside to where his Kogi truck was parked. As DJ Anthony Valdez bumped some party hip-hop, a unique blend of sweet and savory aromas drifted through the crowd from trays carried by LocoL caterers as the people hung out well into the night, talking and laughing and dancing. 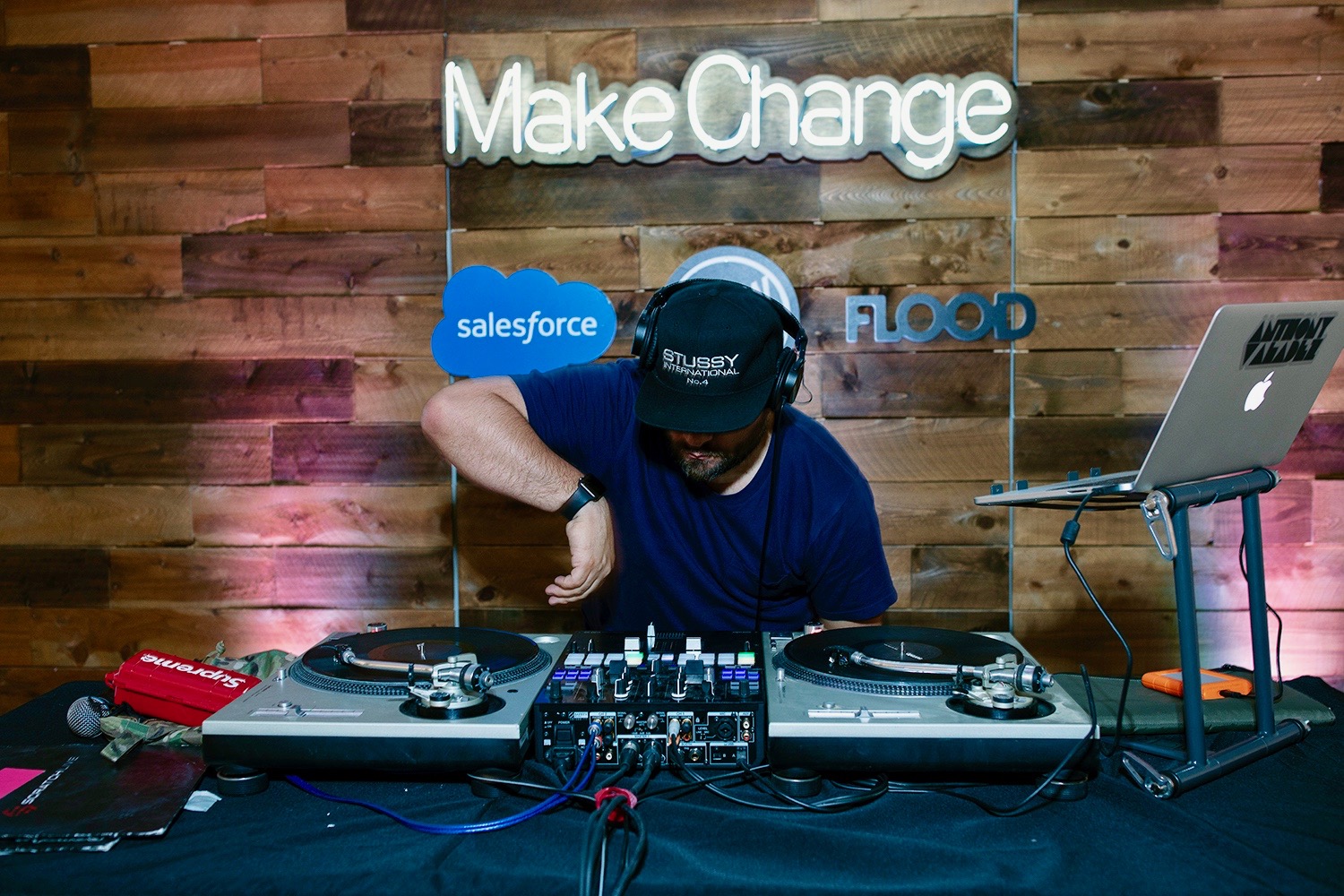